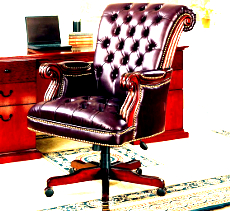 The federal government has selected a new secretary for public sector reform.

Prime Minister Anthony Albanese has announced Dr Gordon de Brouwer will take up the APS reform role, where he will work in partnership with APS commissioner Peter Woolcott under the direction of public service minister Katy Gallagher.

Dr de Brouwer is an economics expert at ANU’s Crawford School of Public Policy and College of Business and Economics, and has more than 35 years’ experience in the public service.

“Dr de Brouwer will lead and implement a wide range of public sector reforms which will support my commitment to place greater value on the public service and to grow its capability,” Mr Albanese said.

DFAT boss Kathryn Campbell will be replaced by long-time diplomat Jan Adams, who is currently serving as Australia’s ambassador to Japan. Ms Campbell will be given a senior AUKUS-related role in the Defence portfolio.

Current Treasury deputy secretary Jenny Wilkinson will take over from Rosemary Huxtable as head of the finance department. Ms Wilkinson was awarded a public service medal in 2021 for the development of fiscal policy.

Jim Betts has been chosen to lead the Department of Infrastructure Transport Regional Development Communications and the Arts, replacing Simon Atkinson.

The Albanese Government’s newly-created Department of Climate Change Energy the Environment and Water will be headed by David Fredericks, after he leaves his post at the Department of Industry, Science and Resources to take on the role.

Dr Michele Bruniges AM will continue as secretary of the Department of Education.