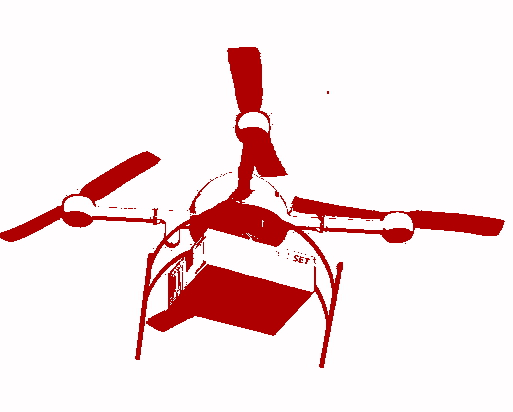 Autonomous aircraft have been used to shuttle blood to rural and mountainous areas in Rwanda for the last few years, and a new analysis of the scheme suggests they are faster than driving.

Over 80 per cent of Rwandans live in rural areas. Traditionally, when remote hospitals need blood, it has been delivered by road. This has meant that blood is often not available when needed, and because of the issues, some facilities order too much blood, leaving them with an oversupply.

But in 2016, Rwanda’s government signed a contract with the US-based drone startup Zipline, to streamline blood deliveries.

Zipline’s autonomous drones now fly blood from distribution hubs to healthcare facilities, contained within an IV bag. The fluids are parachuted down in an insulated cardboard box, and the drone zips back home.

Zipline now has two hubs in Rwanda that can make up to 500 deliveries per day each.

Marie Paul Nisingizwe, a PhD candidate in Population and Public Health at the University of British Columbia, has conducted a review of this new service, and found that around half of the orders take 41 minutes or less to deliver by drone, compared to a median time of at least two hours by road. Reports of wasted blood donations have dropped too.

“It's amazing to see that actually the delivery drone is feasible in African settings,” says Nisingizwe.

Timothy Amukele, a pathologist who has run a medical drone group with projects in Namibia and Uganda, says it is good to get concrete data on the emerging field of drone delivery.

“This is more than just guys playing with toys,” Mr Amukele says.

“Drones are not easy… to actually make this a success, where they're getting blood and packing it safely and releasing the drones and monitoring the flight and bringing them back - and for five years covering 80 per cent of that country - it’s just really impressive.”