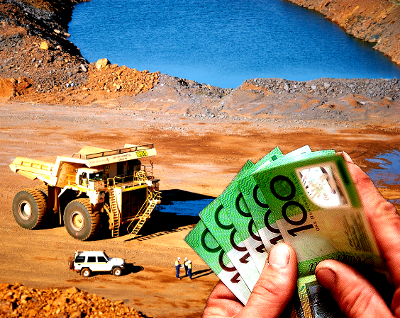 A rural council at the heart of the resources sector will soon crack down on miners and mining companies not paying their rates.

The City of Kalgoorlie-Boulder has approved a new debt collection policy that removes caveats on the tenements of delinquent leaseholders, so that the council can siphon profits to recoup any outstanding debt.

Kalgoorlie-Boulder Mayor John Bowler said the region has been deprived for too long.

That company was Fairstar Resources, which owed the city $397,578 from a single tenement at Steeple Hill but was placed into receivership last year.

“If we had the ability to put a caveat over their best three or four tenements, then there's no doubt we would have either got the money earlier, or they would have dropped the tenements earlier,” Mr Bowler said.

“It's money we were hoping to get that we are not going to get, and there are some more going to be coming down the pipeline,” Mr Bowler said.

“Some people and some companies think they're clever by paying on 90 days or more, they wait until the debt collectors are knocking on the door, and sometimes only pay half.”

The new policy is the latest move in the council’s battle with dwindling revenue, with many mining tenements cut short due to the resources downturn.

The council has managed to cut about half a million dollars worth of costs since last early 2015, but its expenditure is still well over budget.

The revenue collapse left an $800,000 hole in last year’s city budget, before internal errors saw some residents hit with rate hikes of over 10 per cent as the council sought to cover the costs.