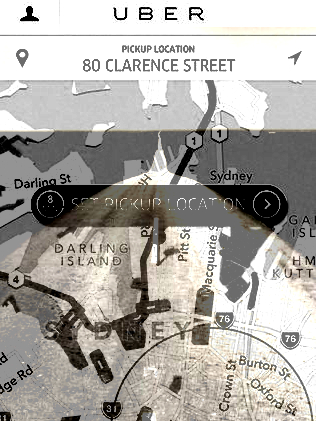 Reports say Uber could be legalised by the NSW government under drastic new reforms.

It is being seen by many as a first step towards some level of official permission for the divisive ‘ride-sharing’ service.

But with traditional taxi owners paying up to $300,000 for their plates, there are already calls for taxis to be compensated for losing control of the market.

In an interview this week, NSW Premier Mike Baird said “[compensation] is something that would be considered as part of this process and what we need to understand is the taxi industry is effectively 6,000 small businesses”.

“They have bought into this industry on the basis of the significant upfront capital investment and often many have put their whole life savings into it, so it is a challenge when new technology such as this comes along.”

The News Corp reports suggest the Government will allow regular taxis to retain the right to “rank and hail” services, but Mr Baird says the media has “jumped the gun”.

Public policy expert Gary Sturgess is working on a report on the possibility of legalising Uber, which “will be considered as part of due process”, Mr Baird said.

NSW Taxi Council chief executive Roy Wakilin-King is adamant that there should be compensation if taxis are adversely affected.

“The vast majority of licences here in New South Wales are your typical mum and dad owner or self-funded retiree, they've invested in good faith,” he told the ABC.

“There have been measures put in place in the past where structural adjustment has occurred and there has been minimum impact on the taxpayer at the same time.”

Meanwhile, the Queensland Taxi Council has welcomed competition from Uber, as long as it is held to the same standards as the taxi industry.

Taxi Council chief executive Benjamin Walsh points out that competition is not new.

“We've got a very healthy competitive taxi market and there has always been a number of companies that have moved in and out of the market over many, many decades and our simple point of view is anyone should be allowed to come into the market, without any problem but there are rules and regulations and anyone who wants to come in simply needs to play by those rules and regulations,” he said.

“I think it's only a fair thing if the New South Wales Government were to go down that path, I think it would be un-Australian to do anything but incorporate an element of structural adjustment.”