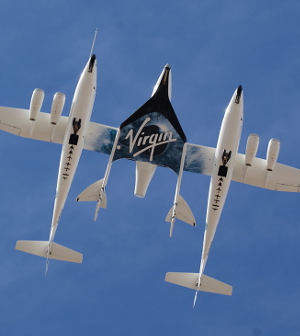 Virgin Galactic has gained US government approval to launch customers into space.

The company says it will now run a series of space test flights.

Originally, Mr Branson had planned to be aboard a test flight later this year, with flights for paying customers beginning next year. More than 600 people have already reserved a ride.

However, the delayed approval means he will most likely lose out to Amazon billionaire Jeff Bezos, whose rival space firm Blue Origin will send him into space on July 20. Mr Bezos will take his brother and two others along for the ride on the 52nd anniversary of the first human Moon landing.

Blue Origin and SpaceX use capsules launched from the ground by reusable rockets, but Virgin Galactic plans to use a winged spacecraft that launches from the belly of an airplane.

“Today's approval by the FAA of our full commercial launch license, in conjunction with the success of our May 22 test flight, give us confidence as we proceed toward our first fully crewed test flight this summer,” Virgin Galactic chief executive officer Michael Colglazier said in a statement.

Tickets on the Virgin trip were released at a cost of US$250,000 ($329,000) each, but that price is expected to go up once Virgin Galactic starts accepting reservations again.

Blue Origin has not announced any plans to sell tickets to the public yet.