Red tape can reside inside business 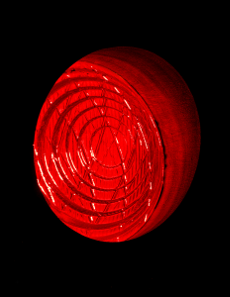 Government red tape is a villain blamed for burdening business and hampering profits, but one expert says many of these issues actually come from inside a company.

Today, the Federal Government plans to add 1,000 more repeals to its tally of deregulatory efforts, scrapping piles of legislation it says do more harm than good.

The bills being repealed today add to the 10,000 red tape cuts made earlier this year.

But while Deloitte Access Economic says compliance for Australian businesses costs the economy about $250 billion a year, companies should still look at their own books for places to improve.

“A lot of businesses like to whinge about governments and their regulations. At least governments recognise that there's a problem that needs working on,” Deloitte’s Chris Richardson told the ABC today.

“The actual amount of money tied up in the red tape inside businesses - HR, finance, IT, executive and governance compliance, legal, marketing - that's where the biggest dollars are.”

But, the experts say, the cost of following their own rules dwarfs this figure, toping $160 billion.

“Our survey found that the average worker spends essentially a day a week jumping through the hoops of this self-imposed red tape,” Mr Richardson said.

“Compliance is a massive business. Compliance workers are now one in every 11 workers in Australia's workplace.”

He said many firms were not inclined to change.

“Partly it's because businesses never look back. You know, they don’t do the audit,” he said.

“They don’t do that project... and say; ‘Why are we doing this, you know, not just this new rule, but all our rules, do they actually make sense anymore?’”

“People in business, in government, don't like taking risks.’

The economist said that of course, a lot of regulations are important and help overall productivity.

“Much of it is a good thing. To take a simple example, over the past decade, miners and the construction sector have become safer. Industrial accidents have gone down,” he said.

“To be clear, we're not saying no rules. What we are saying is that our existing rules are costing us a fortune; they're not necessarily making us that much better off, or that much less risky.”