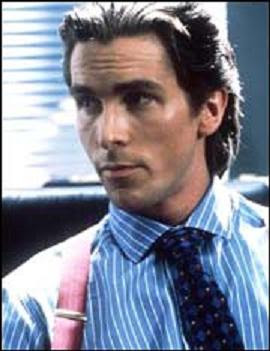 One of Australia’s top business schools has plotted the characteristic similarities between entrepreneurs and psychopaths.

A study produced by the University of New South Wales’ Australian School of Business says both show deference to fearlessness, insensitivity to punishment and boldness. The report says there may be a very fine line between Gates and Gacey or Branson and Bundy.

The study was conducted by PhD student Benjamin Walker and professor of business psychology Chris Jackson. In a survey of over 600 participants, the pair found a significant number of people were willing to start a business, have it fail and immediately - fearlessly - start another.

Walker said the disregard for negative consequences was the same mechanism that allowed recidivism in criminals.

“Psychopaths commit an offence, go to prison, then come out and commit the offence again, because they fail to learn from the prison experience... our study showed the novel result is that participants high in entrepreneurial intentions showed the same pattern of results,” Mr Walker said.

The researchers say the study adds weight to the notion that there can be both functional and dysfunctional outcomes from biological psychopathic traits.

“With the word psychopath, it’s actually a dimension, it’s not you are or you aren’t. Often people have some kind of dimension of these qualities,” Walker says, “these underlying characteristics can also lead to good qualities, with someone becoming an entrepreneur or an innovator and provide good motivation to start a business or to go out and be a leader.”

The study has found that executives can benefit from persistence in adversity, Walker said: “Even when the experimental conditions changed from rewarding to punishing, participants who were high in either psychopathic tendencies or entrepreneurial intentions continued to behave as if still rewarded.”

“Entrepreneurs who continue risk-taking benefit from these market changes much more quickly. For some, the risk-taking may succeed, with very high returns because others have withdrawn from the marketplace... Organisations should be careful who they promote to the chief executive level… it is important the chief executive is supported by more inhibited staff members to ensure appropriate risk –taking within a company,” Walker says.