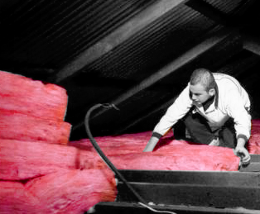 If the call is made for confidential cabinet documents to be presented to the royal commission into the ‘pink batts’ scheme, Attorney-General George Brandis says the commissioner may keep their contents a secret.

“The internal workings of government is, for this royal commission, its very core business,” Senator Brandis said in a public radio interview on Monday.

“It would be hard to see that the royal commissioner can do his job as fully as his terms of reference require him to without having some capacity to inquire into the internal workings of government,” he said.

The comments mean the investigation of the $2.5 billion home insulation scheme could reach further into government activities than any royal commission has before.

But Mr Brandis says the Federal Government will try to keep the documents a secret, if they are called for.

Report says former prime ministers Kevin Rudd and Julia Gillard have already been asked for documents relating to meeting they had about the scheme, which led to the deaths of four tradespeople and has been linked to hundreds of house fires.

Normally, documents detailing cabinet meetings are kept under lock and key for 30 years, but this is set to come down to 20.

Senator Brandis says the documents will be produced with the intention that they remain secret.

“In this matter, the Abbott Government is not looking like a conservative government, it is acting like a radical government,” Opposition leader Bill Shorten told a reporter on Monday.

“This is a government who, whatever the issue, can turn it into politics,” he said.

The royal commission will look into any advice, warnings or recommendations about the program offered to the previous federal Labor government. It will investigate how they were identified, assessed and managed, and what could be changed to prevent such tragic circumstances occurring again.

Commissioner Ian Hanger QC has until mid-2014 to put together a report on the findings of previous coronial inquests as well as other inquiries into the scheme.