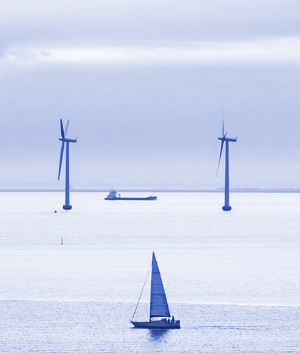 The Federal Government has announced the first offshore wind area to be formally assessed under its new framework.

A map detailing the declared area of the Bass Strait off Gippsland has been released for public comment, inviting input for the proposed Gippsland zone.

It is the first of several proposed offshore wind farm sites, with the Pacific Ocean region of Portland in Victoria, the Bass Strait region off northern Tasmania, and the Indian Ocean region off Perth and Bunbury in Western Australia, according to energy minister Chris Bowen.

The first site in the Bass Strait has been named in several proposed offshore wind projects, including the 1.5 GW Seadragon being developed by Flotation Energy, the 1.3 GW Greater Gippsland project developed by BlueFloat Energy and Energy Estate, the 2.5 GW Great Eastern project developed by Corio Generation, and the 2 GW Star of the South.

With a process to declare Gippsland as an area for offshore wind development underway, the industry, the local supply chain, and communities can have greater certainty.

The proponents of Star of the South - Australia’s first and most progressed offshore wind project - are anticipating operating off the Gippsland coast by the end of the decade.

The company says Gippsland is best placed to become the home of Australia’s offshore wind industry due to its strong wind resource, good grid connections and skilled workforce.

The project is still in its development phase, but has completed geotechnical surveys along its proposed 75-kilometre transmission route and more than two years of marine surveys in Bass Strait.

“We are pleased to see Bass Strait off Gippsland being formally considered as the first location for offshore electricity projects, and consultation starting with local communities, fishers and other marine users,” says Star of the South Acting CEO, Erin Coldham.

“We know the wind conditions here are ideal, with many opportunities for investment in the region. A local offshore wind sector will deliver a clean energy boost, cut emissions, and create local jobs. It’s encouraging to see the Government pushing ahead with offshore wind in Gippsland and keeping the momentum going. We encourage all community members to have their say during the required 60-day public consultation process to ensure projects are developed with local input in mind.”

More details on the potential of the offshore wind sector are accessible here.