Marijuana matters as Mayors look for hemp to help 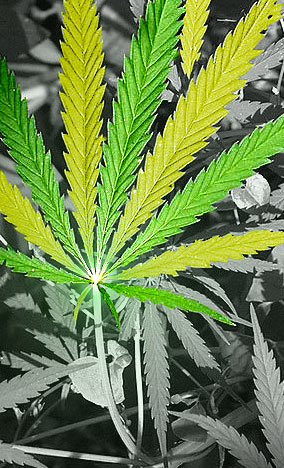 Australia is missing the opportunity for billions of dollars in revenue, thousands of jobs and a better life for many citizens by ignoring one single industry.

That is the sentiment of Liberal Democratic Senator David Leyonhjelm, one of a number of new political players bringing previously untouchable ideas to the table.

He believes hemp laws should be “unlocked” to allow a range of social, economic and healthcare benefits.

It is a viewpoint that has been backed by farmers, councillors and mayors of several local government regions.

“Hemp cannot be sold as a food in Australia,” Leyonhjelm says.

“This fact, together with the red tape governing cultivation of the crop, makes commercial production largely non-viable.

“Hundreds of tonnes of hemp seed are imported for non-food purposes while Australian farmers are largely excluded from diversifying into the crop.”

He says the source of the problem is political.

“Politicians are fixated on the idea that growing cannabis, even non-drug varieties, ‘sends the wrong message’,” he said.

“The obvious failure of laws to prevent the widespread cultivation and consumption of marijuana for recreational purposes changes no minds.”

And these are just the industrials uses, he says, pointing to the clear therapeutic value of THC.

“Studies have confirmed the effectiveness of the active ingredients for treating conditions such as glaucoma, migraine and arthritis, providing relief from chronic pain associated with degenerative diseases and spinal injuries, and alleviating the unpleasant side effects of common treatments for cancer and HIV/AIDS,” Senator Leyonhjelm said.

“Its relative safety, long recognised in folk wisdom, has also been borne out by research.”

It is a notion that was recently backed by farmers’ representatives in Tasmania, with the mayors of three councils pushing to be allowed to grow trial crops ahead of a potential new industry.

The Tasmanian Government has previously indicated it wants to make industrial hemp a new priority, yet it has continued to reject medicinal cannabis trials so far.

There are reports of progress in a Tasmanian Legislative Council inquiry into medicinal cannabis still under way, which some say shows the Tasmanian Government may reconsider its opposition to medical uses.

For Leyonhjelm, the Senator who does not back down from handling political ‘hot potatoes’ such as euthanasia, abortion, gay marriage and gun laws, there is one other question.

“A key question is whether these uses can or should be legalised separately from recreational use,” Senator Leyonhjelm writes.

“Cultivation for either industrial or medicinal use, in the absence of legal recreational use, would require the creation of vast new bureaucracies and extensive law enforcement. Farmers would have to be licensed and monitored while doctors and pharmacists would be significantly regulated. The costs would inevitably be huge with huge incentives for illegal production and the continued involvement of organised crime.”

“A much easier approach would be to completely deregulate marijuana cultivation and adult use,” he said.

“That would also allow it to be grown for industrial and food use, and facilitate the emergence of a whole new industry based on medical applications...avoid the need for additional bureaucracy and prevent the benefits being monopolised by a small number of big businesses.”