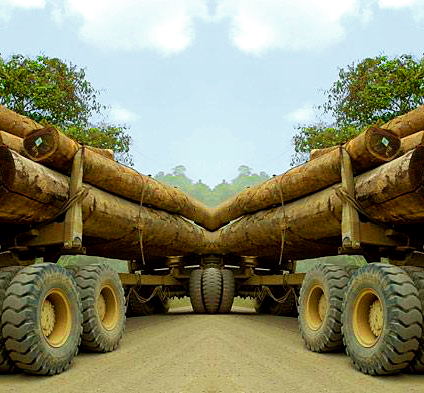 Papua New Guinea is suffering in the same way that many of its larger neighbours do – as big companies in major industries come up well short on their tax bill.

An inquiry by the California-based Oakland Institute found loggers are using groups of linked companies to shovel their profits offshore.

This robs PNG of tax revenue at a time when it faces its worst cash crisis in decades, leaving health and education services unfunded and public servants unpaid.

The report -The Great Timber Heist – says a majority of companies in PNG’s logging industry managed to make little or no declared profit for up to ten years running.

What they are really doing is transfer pricing, the analysts say, shifting profits offshore by selling exports at a reduced price to sister companies.

They also create false losses by overpricing charges for consultants or services.

The report found a particularly blatant case at one logging site in the East New Britain Province, where a subsidiary of major logger Rimbunan Hijau (RH), called Gilford Ltd, had up to 15 other RH companies as clients in its accounts.

“It is quite alarming,” Eddie Tanago, a spokesperson for PNG activist group Act Now, told reporters this week.

“The logging companies are destroying the livelihoods of the local people by taking over the land and according to the report many claim they make losses, year after year ... and yet they remain in business.

“This is a lot of money we are talking about that the Government is missing — money that was supposed to be for providing services to the people.”

PNG is being hollowed out by the dodgy yet wildly popular corporate tactics at a time when it could be benefiting the most from its natural resources.

The country has recently overtaken Malaysia as the world’s largest exporter of tropical logs, but the price it gets has been going backwards.

Since 2001, PNG’s prices have been 26 per cent lower on average than the world price for tropical timber.

In 2014, the nation was getting 46 per cent less than the average global price, the Oakland Institute report found.

But the state of the PNG logging industry does not just deprive national coffers.

A Commission of Inquiry into Special Agricultural and Business leases (SABLs) in 2012 found that much of the country’s 5.5 million hectares of logging leases were being exploited by timber companies without the consent of traditional landowners.

The inquiry recommended many of the leases be cancelled, but this has not occurred.

“The delay by the PNG Government to implement the recommendations of the SABL has resulted in continuation of logging operations which has now given rise to this issue on transfer pricing,” the Inquiry's Chief Commissioner John Numapo said in a written statement to the media this week.

Mr Tanago and droves of PNG environmental activists hope the Oakland Institute report will renew pressure on Prime Minister Peter O'Neill to live up to his commitment and revoke suspect leases.