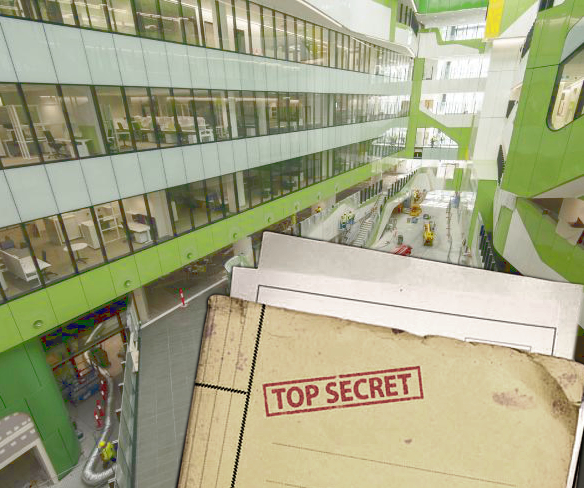 WA Labor says there are 16 possible causes for lead contamination among the 3000 defects at the trouble-plagued Perth Children's Hospital.

The state opposition says it has obtained Department of Health details under Freedom of Information that show the Barnett government needed to fix 3012 defects at the still-incomplete $1.2 billion hospital in Nedlands.

The problems – which were still in place in December last year - included issues with fire doors and fire alerts not working.

The documents allegedly reveal that attempts to fix the lead contamination have been unsuccessful.

Labor says the documents detail “significant breaches” with plumbing, and describe the opening date of December 12 as “ambitious”.

Lead was initially discovered in the hospital’s drinking water last September, and the opening of the hospital is technically on hold while contractor John Holland investigates.

“We've expanded the search for the source of lead and one of those searches involves the water that's delivered to the hospital,” he said.

“And we've provided the state's representative with the lead results showing that there is lead, at times, in the water that's being delivered to the hospital.

“Everything that we've installed as part of the PCH project, has been end-to-end tested, and we have not been able to locate the source of lead in those components,” he said.

The Opposition is still outraged.

“These documents reveal the shocking truth at the kids' hospital and Western Australians deserve answers,” Labor spokesperson for health Roger Cook said in a statement.

“Every Western Australians will rightly be asking – what the hell is going on at our kids' hospital?

“The reality of the situation is that this project has had no oversight from anyone around the cabinet table and it appears the issues at the hospital are worse than we feared.

“The level of dishonesty and lack of transparency around the hospital project by the Health Minister and Treasurer has been appalling.”

“What these documents really show is the extensive and continuing high level of oversight the State Government has maintained over the managing contractor and the project. Defect rectification happens on all projects, especially on such a complex, mega-building like a children's hospital,” Mr Day said.

“What these documents highlight is progress towards completion. At present, I am advised there are only about 300 outstanding defects impacting on practical competition, many of which are minor issues. These will all need to be addressed before the State accepts this world-class facility.

“The lead contamination sources mentioned are listed as ‘hypotheses’ – that is, theories – again, what these documents really show is the high level of oversight the State Government has maintained.”