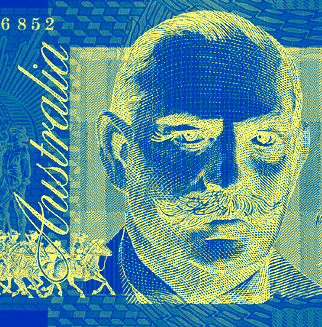 The Federal Government is being pushed to adjust its ‘innovation agenda’.

Innovation Australia - an independent statutory body spun out from the Department of Industry - has delivered a report to the Government that features a range of recommendations, calling for bigger businesses to be allowed to access the government's innovation-boosting funds.

The report calls for a doubling of tax breaks to a maximum of $17 million a year for large companies, and seeks to cap funding for smaller companies, particularly in the biotechnology space, to $2 million.

It also proposes lifting the eligible expenditure claim limit from $100 million to $200 million, but restricting the criteria to only those companies with a significant amount of their budget set aside for R&D. They propose this R&D ‘intensity test’ should require an allocation of 1 per cent or 2 per cent as a good standard.

Another recommendation is for companies that collaborate with publicly-funded research organisations such as universities and CSIRO to receive a 20 per cent premium.

“At the moment the really R&D-intensive and innovative companies like the Cochlears, the Resmeds, the CSLs and so on are already at that $100 million level and we don't want them to move offshore for further R&D,” Mr Ferris told reporters.

“We also want to attract more of the multinationals to think about Australia as a fantastic place now to put more of their R&D effort here.”

Experts say the current provisions give big companies a maximum tax saving of $8.5 million, but allowing them to claim against up to $200 million, they would save $17 million.

“Alarmingly, the proposal to eliminate the incentive below an arbitrary threshold of up to 2 per cent, would, if implemented, eradicate Australia's attractiveness as an R&D destination,” he told Fairfax.

“By way of example, if a company's expenses are $10 million a year, the proposal is that $200,000 of its R&D would no longer qualify for the incentive.

“This proposition is based on an arbitrary measure and ignores the fundamental nature of the relevant R&D projects.”

Deloitte R&D partner Eamon Fenwick says a lot of biotech start-ups in particular reinvest their entire refund into clinical trials and further studies, and so they rely on a refund of more than $2 million.

Innovation Minister Greg Hunt has indicated that he thinks the R&D Tax Incentive should go to ‘traditional’ job sectors.

“It is very important that we make clear to the public that innovation is doing things in a better way,” he told Sky News on Wednesday.

“For example Dulux, it's building a new paint manufacturing plant with over $160 million of investment in the northern suburbs of Melbourne.

“Construction jobs, manufacturing jobs, all coming from the fact that they've got the people in the white coats doing the R&D in the labs in Clayton.”