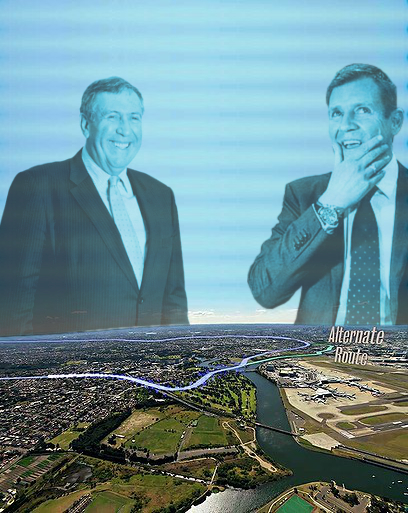 Governments have made a worldwide call for companies interested in building a huge Sydney roads project.

They say both domestic and international firms are welcome to throw their has in the ring, with the authorities looking for the best bang from their massive pile of bucks.

WestConnex will provide a 33-kilometre roadway through Sydney’s western suburbs, CBD and south west. It is split into three stages and will include the widening of existing motorways and the construction of several entirely new sections.

The big build is part of Sydney’s integrated transport plan, which aims to improve public transport and reduce road congestion through a number of large-scale works, including the North West Rail Link and light rail services for Sydney’s inner-west and eastern suburbs.

The most recent contract on offer is for the construction of five-kilometre tunnels extending the M4 east of Parramatta and the widening of one kilometre of the existing roadway.

The successful tender from the previous round is expected to be announced soon, after the shortlist of four contenders was released in March. The contractor will be widening a 7.5-kilometre stretch of the existing M4 to four lanes on each side.

Press releases say WestConnex will reduce travel times across the city, bypass 52 sets of traffic lights and remove up to 3,000 trucks per day from some of the most congested roads in Sydney.

The multi-billion dollar scheme is also expected to generate up to 10,000 jobs during construction.