PM may not use Kyoto trick 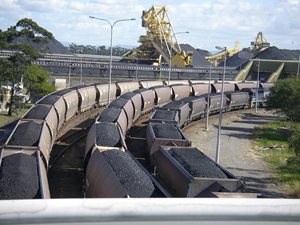 The NSW Government has announced a massive energy funding package.

NSW Energy Minister Matt Kean has laid out plans that he says will drive $32 billion worth of investment in private infrastructure over the next decade.

He says the state will generate 6,300 construction jobs and 2,800 ongoing jobs, and about $1.5 billion in lease payments for landowners from wind and solar farms.

“Our priority is to keep the lights on and get power prices down, with the Roadmap forecast to save NSW households an average of $130 and small businesses an average of $430 on their electricity bills each year,” Mr Kean said.

It includes $50 million worth of grants to drive a transition away from coal-fired power.

The state wants pumped hydro projects to take over baseload power capacity, with four out of NSW's five coal-fired power plants to be phased out over the next 15 years.

“We are providing money to make sure that we get two gigawatts of pumped hydro storage. That means that we are not only getting cheap electricity, we are also getting reliable electricity,” Mr Kean said.

Local energy experts have gone over the details in an article for RenewEconomy.

Professor and Director of Renal Medicine