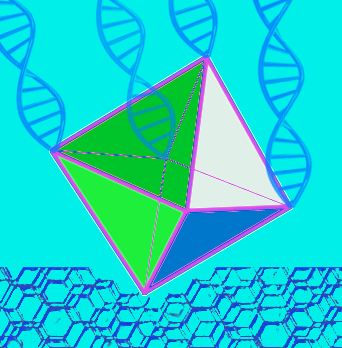 Experts are questioning whether the ethics of synthetic biology are fit for purpose.

In a new case study of engineered Artemisinin - a drug used to combat malaria - researchers suggest a more nuanced approach is needed to address the ethical challenges such advances bring.

The detailed ethical analysis of the production of semi-synthetic artemisinin showcases a fresh approach to identifying and analysing some of the ethical issues of synthetic biology.

Artemisinin, derived from the Artemesia annua plant, is one of the first-line treatments for malaria, a disease that afflicts more than 200 million people every year and causes more than 400,000 deaths.

Artemisia annua is the only naturally occurring source of artemisinin. However, global supply is affected by high production costs, unstable plant yield and increasing demand.

“Synthetic biology offered the promise of cheap, plentiful supplies of artemisinin, based on the view that ‘anything that can be made in a plant can now be made in a microbe’,” say the authors.

In 2005, the US company Amyris Biotechnologies acquired the production methods developed by a team from the University of California, ultimately producing a semi-synthetic compound called SSA that is identical to its botanical counterpart.

In 2009 Amyris, the non-profit Institute for OneWorld Health, licensed the artemisinic production method to pharmaceutical company Sanofi-Aventis on a royalty-free basis, to provide artemisinin at cost on a ‘no profit, no loss’ principle that did not drastically undercut agricultural producers.

“That was hailed as the first industrial scale deployment of synthetic biology for drug production,” says Dr Jacqueline Dalziell of the ARC Centre of Excellence in Synthetic Biology based at Macquarie University,

However, the production of SSA raised ethical issues.

Sanofi aimed to produce one third of the world’s supply, thereby stabilising supply and price, but that aim was never fulfilled.

By 2015 Sanofi had sold their factory to Huvepharma which is producing roughly 20 metric tons of SSA annually.

The authors say the case study raises many issues.

One is cost versus opportunity – it is estimated that the lengthy research process took more than 150 ‘person years’ and cost over US$50 million.

“We must also ask ourselves; ‘What constitutes harm and who benefits from these technologies?’” says Dr Dalziell, given the impacts on producers of natural artemisinin.

“The story of artemisinin reveals gaps in the way we currently undertake ethical analysis of synthetic biology.  Rather than focusing on abstract issues, debates should include those most affected by proposed synthetic biology applications. In seeking and accepting funding, scientists have responsibilities to consider the global and social ramifications of their projects.

“Current approaches to the ethics of synthetic biology lack the specificity and nuance to address such questions.”