Victorian enlightenment comes in allegory of the classroom 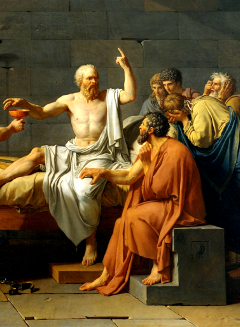 Primary school students will be encouraged to assess their place in the universe, the nature of existence and the morality of human behaviour, when some Victorian schools introduce ethics classes this year.

Starting in term three, a series of extracurricular activities will be run by the Humanist Society of Victoria in three state schools.

"The Community of Ethical Inquiry" – has been described as an “extracurricular enrichment program for students in grades 4, 5 and 6”, aimed at developing “ethical understanding and clear thinking”, as a secular alternative to the dogma and doctrine of weekly religious instruction.

The program will delivered by qualified teachers supported by members of the Humanist Society, which says the ultimate goal is to promote “living a good life” and “how to think well” through an exploration of rights, responsibilities and behaviour.

Over a dozen volunteer instructors are undergoing training and the ethical curriculum is being finalised as well.

Janette Poulton, an education officer with the Victorian Association for Philosophy , has told Fairfax Media outlet The Age that the crux of the scheme “is about dialogue with one another”.

She said “they [will be] working with their peers to investigate and map controversial areas of life,” by examining ethical concepts such as ownership, justice and friendship.

One of the volunteers said a trial class in which she asked whether the actions of Robin Hood were good or bad generated lively debate among the young ethicists.

“I had to kick them out when the school bell started ringing,” she said.

“It was brief but applicable. It enabled them to drill down and ask questions. The children were awesome, and I was so pumped afterwards.”

Another volunteer told The Age that it is important to offer an alternative to religious instruction, which is often tailored to engage young minds, but the secular material must be made to match.

“Working with children is about finding the right language, because obviously you can't go out there and start referring directly to J. S. Mill or [Immanuel] Kant,” he said.

“You have to find something they might be familiar with: a story, an image, or a simple question.”

Some of the questions the primary students will tussle with include;