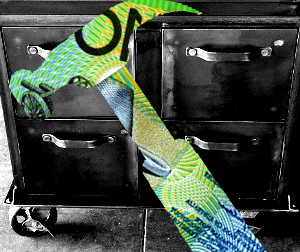 Revelations and denial in the latest instalment of the royal commission into unions.

A witness caught in the middle of “an absolute lie” has been sacked from the construction industry superannuation fund, and one construction union boss says he had nothing to do with plans to pinch members’ files.

Lisa Zanatta was forced to back out of a lie about giving personal information about members of the Cbus the super fund for the Construction, Forestry, Mining and Energy Union.

Ms Zanatta came unstuck when confronted with credit card records and a recount of her movements via a GPS trace.

It showed she travelled from Melbourne to the western Sydney office of CFMEU NSW secretary Brian Parker to leak confidential member contact details for a CFMEU industrial campaign.

Zanatta agreed when asked if she lied to protect Mr Parker’s involvement in obtaining the information.

But Mr Parker still denies concocting the plan with the super fund officer, saying he had no recollection of seeing files taken to his office by Ms Zanatta.

“I never seen those documents until I seen them with the lawyers, that's it,” Parker told the commission.

Whistleblower Brian Fitzpatrick has testified that Parker gave him contact details to call Lis-Con workers and tell them about unpaid superannuation entitlements.

Counsel assisting the commission Jeremy Stoljar SC has put up phone records showing numerous calls between Mr Parker and Ms Zanatta from before the Sydney trip, but Mr Parker says he does not remember what the calls were about.

Mr Stoljar asked: “You discussed, didn't you, the fact that she dropped he documents off and what was happening with them?”

Mr Parker replied: “There's a possibility that was the conversation but I can't recall.”