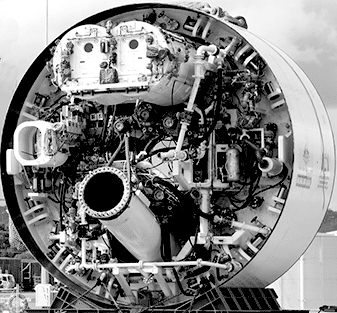 West Gate Tunnel builders are seeking to terminate their contract with the Victorian Government.

Project owners Transurban have notified the Australian Securities Exchange that the builders of the $6.7 billion project - CPB Contractors and John Holland - want to terminate the contract after the discovery of the dangerous chemical PFAS.

The builders say this constitutes a “Force Majeure Termination Event”.

Transurban believes the contract remains valid, and has not halted current works.

Force majeure contract clauses free both parties from liability in the event of an extraordinary circumstance beyond the control of both parties.

Last week, 137 workers were sacked due to delays caused by the PFAS contamination.

Opposition Leader Michael O'Brien said the Government should have anticipated that soil contamination could emerge.

“This was entirely foreseeable,” he said.

“If you dig up western suburbs industrial sites, you don't need to be a rocket scientist to know you'll find contaminated soil.

“This should have been identified by the Government ahead of time.

“Who was responsible for removing the soil should have clearly been laid out in the contracts.

“Instead, it looks like it's motorists and taxpayers who'll be left to pick up the mess.”

Australian Workers Union secretary Ben Davis says Transurban and the joint venture are holding the project and workers to ransom.

“It’s outrageous they would do that,” Mr Davis said.

“It's unconscionable to do this to workers' lives.”

Mr Davis said the contract contains procedures to resolve disputes through the courts.

“This is pure commercial argy-bargy. This is not an acceptable way for Transurban and the joint venture to conduct themselves,” he said.