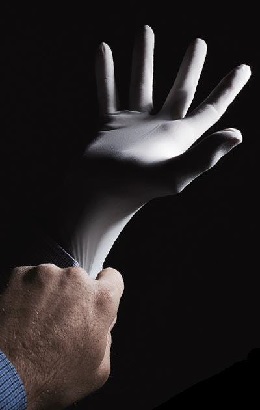 A special taskforce has been formed to root out corruption in one of the most vital government services.

Immigration Minister Scott Morrison says a team will be formed to target nefarious practices in the Customs and Border Protection Service.

The need to make sure Australia’s customs department remains squeaky-clean is obvious, and has been highlighted by recent revelations that eight customs officers have been arrested since late last year.

The far-reaching taskforce will target staff who pose a “significant risk” to the service through both on-duty and off-duty behaviour. The body will be populated by investigators from across the service – after an intense vetting process.

In a joint address with Customs chief executive Michael Pezzullo, Mr Morrison said the taskforce will be operational before the end of the year.

“The ones we're after here are the few, not the many,” he said.

“The many do a great job for our country in protecting our borders, and, by definition, then protecting the Australians who live behind those borders.”

“This initiative will complement existing measures that have received bipartisan support and support external investigations of alleged corruption and serious misconduct where appropriate,” he said.

“Our staff are outraged by their behaviour,” he said.

“It introduces risk into the environment; it tarnishes the great work as the Minister indicated that the vast majority of our officers are doing.”

Other officers are currently under surveillance.

“This is a clear message to them. We are onto you and through this taskforce we'll ensure as best we can that we eradicate any other instances of hard-to-detect corruption and criminal behaviour,” Mr Pezzullo said.

The corruption taskforce will turn existing Customs powers inward. It will look for various anomalies in officers’ lifestyles.

“There might be some officers who are living in a manner not really consistent with any income we can discern... we'll be looking at financial records, criminal associations, running everyone through [criminal databases],” Mr Pezzullo said.

“If unexplained association with an outlaw motorcycle gang, Middle Eastern crime gang or other groups that are going to introduce integrity risk into our organisation come to light we'll be asking those officers to explain themselves.”