Support grows for mine site inquiry 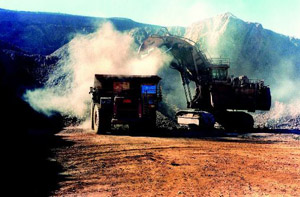 An inquiry could be held into widespread sexual harassment on mine sites.

“I think there is a great opportunity to look at how we can provide some suggestions to ensure our workplaces in our mining industry are as good as they can be,” Ms Mettam said last week.

An increasing number of politicians and mining giants are now supporting the call for a parliamentary inquiry into women's safety on mine sites.

Premier Mark McGowan has backed Ms Mettam’s call along with mining executives and the CEO of the Chamber of Minerals and Energy (CME).

“I just want to put on the record, on behalf of the resources industry in Western Australia, our very strong stance opposing any and all forms of workplace rape, assault or harassment at any time,” CME chief Paul Everingham said.

Ms Mettam said it is good to see the matter being taken seriously.

“The mining industry as well as mining workers have shared condemnation about recent reports that we've had over alleged assaults and sex assaults,” she said.

“I know that the mining industry is doing all that they can, but there may be an opportunity for another set of eyes to capture information and feedback from industry players and the workforce, and report to parliament about how we can improve.”

Workers have spoken out about the toxic culture in interviews with the ABC.