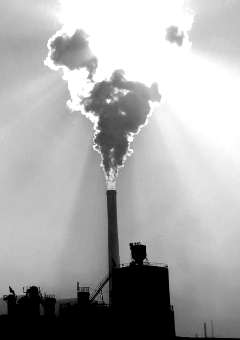 An economists’ report has said privatisation in the electricity sector is expensive and achieves little more than customer annoyance with none of the alleged benefits.

The new report commissioned by the Electrical Trades Union (ETU) was prepared by Queensland economist Professor John Quiggin. He presents a damning view covering twenty years of electricity privatisation reform across the country.

The union-funded report ‘Electricity Privatisation in Australia; a record of failure’ is accessible in PDF form here.

Figures in the report show consumer complaints to the energy ombudsman jumped from 500 to more than 50,000 a year after privatisation. It also says the highest electricity price rises can be found in states with privatised networks.

Professor Quiggin says public ownership of power infrastructure is the only option given the dismal failure of successive reforms.

Queensland’s acting treasurer Scott Emerson says that he disagrees with the report, which he has not seen, but regardless the State Government will not look to sell Queensland power assets during this term.

“We have made it very clear that Ergon, Energex and Powerlink are not for sale,” he said.

“We will not be selling any Government-owned businesses without a mandate.

“The reality is there is a reason why the ETU went to Professor Quiggin - his views are well known on this.

“They commissioned him to do a report knowing what the answer would be already.

“Professor Quiggin is hardly an objective commentator in this area... he hasn't provided us a copy of his report to comment yet,” Emerson said.

“Why has the ETU spent their members' money on this, because we've already said we're not selling Ergon, Energex or Powerlink?” he asked.

“Is that his biggest issue - how much it cost?” he said.

Queensland Energy Minister Mark McArdle said asset sales would not be on the agenda before the next election.