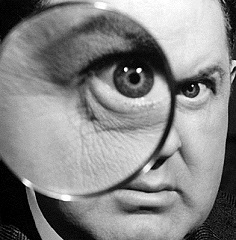 Experts have analysed just how much freedom Australian citizens have given up to fight the abstract enemy of terrorism.

The Federal Government has introduced new surveillance laws to fight fears that Australian citizens may fly overseas to learn information readily-available at home.

But there is some concern that the reforms would allow security agencies open-slather access to any Australian communication device with little need for a warrant or evidence of wrongdoing.

In fact, the Bill appears to allow all Australian telecommunications to be monitored under the authority of a single warrant.

A draft of the Counter-Terrorism Legislation Amendment (Foreign Fighters) Bill 2014 (pdf) was released late last week along with an accompanying Explanatory Memorandum (pdf), which allowed those outside the government to see what Prime Minister Tony Abbott calls a shift in “the delicate balance between freedom and security”.

“Existing legislation does not adequately address the domestic security threats posed by the return of Australians who have participated in foreign conflicts or undertaken training with extremist groups overseas ('foreign fighters').”

The Bill included amendments to over twenty existing laws, such as those that regulate police search powers.

An analyst for news outlet CNET says “The Bill introduces the concept of a "delayed notification search warrant"... often referred to in the United States as a 'no-knock warrant'”

“[The new warrant] would allow Australian Federal Police to search premises without prior warning and "without having to produce the warrant at the time of entry and search.”

The Government’s documents explain the need for the warrant in these terms;

“As computers and electronic devices are becoming increasingly interconnected, files physically held on one computer are often accessible from another computer. Accordingly, it is critical that law enforcement officers executing a search warrant are able to search not only material on computers located on the search premises but also material accessible from those computers but located elsewhere. This provision would enable the tracing of a suspect's internet activity and viewing of material accessed by the suspect through the use of that equipment.”

If it seems broad, that may be because it is, according to the Sydney Morning Herald.

The paper reports that Attorney-General George Brandis has confirmed ASIO would be able to access numerous devices on a network with a single warrant, under the proposed legislation.

That warrant could be issued by the head or deputy of ASIO.

"There is no arbitrary or artificial limit on the number of devices," Senator Brandis said in a senate hearing this week.

For some, this suggests that the entire Australian internet could be monitored with permission from just one warrant, if ASIO wanted to do so.

The draft has light a fire of outrage at the Australian Lawyers Alliance, journalists’ union the Media Entertainment and Arts Alliance and digital rights advocates at Electronic Frontiers Australia.