Shell sells to get into gas, Vitol buys for same reason 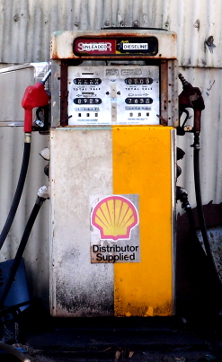 Shell will sell an Australian refinery and 870 domestic service stations to Vitol in a deal worth around $2.9 billion.

The deal includes the Geelong refinery, as well as a range of bulk fuels, bitumen, chemicals and lubricant assets.

Both Shell and Vitol say the deal has been made to allow them greater access to Australian liquid gas assets.

Shell will generate some capital for new LNG investment, where Vitol says it needed Shell’s assets to be able to secure more access to gas infrastructure.

Shell will keep its aviation fuel business and some lube oil blending and grease plants in Queensland, which it says will be converted into distribution facilities.

The Australian sites will be sold along with a numbers of Shell’s ‘downstream operations’ including refineries in the UK, Germany, France, Norway and the Czech Republic, as well as further divestments in Egypt, Spain, Greece, Finland and Sweden.

The company will now focus on its ‘upstream assets’, which in Australia will take the form of expanded liquefied natural gas expenditure.

“We look forward to strengthening our presence in the years ahead,” Mr Smith said.

Because of Vitol, 450 staff at the Shell oil refinery in Geelong are celebrating, having been told they will keep their jobs, wages and conditions.

The Australian Workers Union is holding off on its jubilation until the new deal for workers in confirmed with Vitol.

“Obviously there is a lot of development going on in Australia with resources in LNG projects,” said Vitol CEO Ian Taylor over the weekend.

“We want to make sure we are supplying the fuel for all those – that is the sort of thing we will really be chasing hard,” he said

Vitol will expand its retail sites in Australia, but will largely focus on the expansion of its enterprises through acquiring new terminals and increasing its distribution.