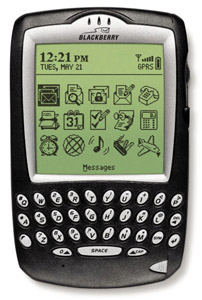 The man best known for forcing Steve Jobs out of Apple in the 1980s is back to make his name again, with a possible plan to buy mobile device maker BlackBerry.

Mr John Sculley was CEO of Apple from 1983 to 1993, during which time a series of outbursts by company founder Steve Jobs saw him sacked. Sculley himself was ditched just a few years later when the company’s financial results failed to meet expectations.

Sculley was hired from his position as CEO of Pepsi by Steve Jobs, with the now famous line; “do you want to sell sugar water for the rest of your life, or do you want to change the world?”

An article in the prominent Canadian newspaper The Globe and Mail, has speculated Sculley is putting together a bid for BlackBerry, though the man himself has said almost nothing.

Sculley did speak at length about the kind of person he would like to see invest in the company, and what kind of guidance BlackBerry needs to change its fortunes.

“Whoever takes over BlackBerry needs to have the management experience if they are to have any sort of success turning the company around,” he said

“The only thing I would say is; I think there’s a lot of future value in Blackberry. But without experienced people who have run this type of business, and without a strategic plan, it would be really challenging. Whoever buys it would have to have a strategic plan that was credible and could succeed, and they would want to have an experienced team that would be able to implement that plan.”

Many are waiting for the rapid succession of bids that it likely to be triggered once one of the interested parties step off the line. Rumours are circulating about other potential buyers including; BlackBerry founders Stan Lazaridis and Doug Fregin, investment fund Fairfax Financial Holdings, and possible bids from Microsoft and Lenovo have also been mentioned.