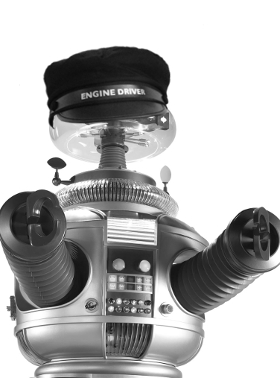 Rio Tinto is about to start running its driverless train in the Pilbara.

The mining giant is gearing up to test a “locomotive fitted out with auto-haul technology” next month.

The rail robot will cart iron ore on the Tom Price railway next month.

For its initial testing phase the train will still have some humans on board, but the company says it hopes most of its trains will be without drivers by next year.

The initiative is part of the Rio Tinto’s plan to haul 360 million tonnes of iron ore out of the Pilbara per year by 2017.

Acting chief executive of iron ore operations, Warwick Smith, has told the ABC that the plan has been in the works for years.

“We've been doing engineering work on that now for many years, so we've done a lot of preparation and we'll soon move into an execution phase,” Smith said.

“Effectively, you're taking a driver off the train and you have an algorithm that basically is running the train.”

“It'll be a ramp up process, we won't be doing it overnight. It will be steady,” he said.

“We're already commissioning some of the trains. That's quite a process. It will probably take all year to commission the number of locos we've got.”