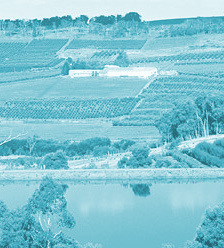 Despite lockdowns in Sydney and Melbourne, large numbers of people are moving to the regions.

The latest Regional Movers Index – a partnership between the Regional Australia Institute (RAI) and Commonwealth Bank – shows that the number of capital city residents moving to regional areas rose two per cent during the September quarter, and three per cent from a year earlier.

RAI CEO Liz Ritchie says people living in our country and coastal towns are also tending to stay put, rather than moving to capital cities, which has seen regional net migration jump 14 percent during the September quarter.

“Sydney was in lockdown for the entire September quarter and Melbourne for two-thirds of it and still we see an increase in the overall number of people choosing a regional lifestyle,” Ms Ritchie said.

“This only underlines what our research has found – that Australians have woken up to the huge range of job and lifestyle opportunities available in our regions.”

RAI Chief Economist Dr Kim Houghton says the index shows the greatest growth in capital city migration during the September quarter tended to be in less-populated regional areas, where even a small inflow can result in a big fluctuation in percentage growth.

“South Australian local government area (LGA) Wattle Range – which neighbours Mt Gambier and stretches from the coast, through the Coonawarra wine district, to the Victorian border – saw an 83 per cent growth in the number of metro movers for the year to September 30,” Dr Houghton said.

The Queensland LGA of Douglas, which includes Port Douglas and Daintree, experienced the second-largest gain of 71 per cent over the 12-month period. This was followed by Port Augusta in South Australia and Moree Plains in NSW, both on 55 per cent, and Western Downs in QLD on 52 per cent.

The big coastal centres close to capital cities continued to attract the largest numbers of metro movers. QLD’s Gold Coast was again the most popular destination, followed by the Sunshine Coast, Greater Geelong in VIC, and then Wollongong and Lake Macquarie in NSW.

Many Melbourne residents chose to relocate to country and coastal towns in the year to September 30, 2021, accounting for 48 per cent of all capital city migration to the regions, surpassing Sydney on 47 per cent.