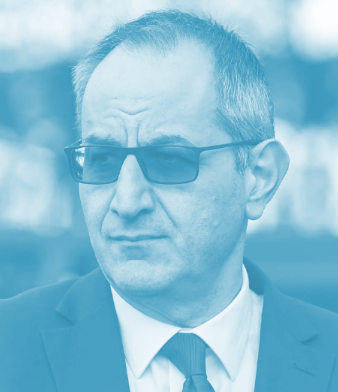 Mr Pezzullo made an address at the Australian National University’s National Security College this week in which he warned that security risks are reaching beyond human-initiated violence, with the COVID-19 pandemic as an example.

“Today, one of the most vital security practices in the face of the threat of COVID-19 is hand washing and good hand hygiene, a measure, with all due respect, which is far removed from the appearance and character of a complex weapon system,” he said.

“A view of security which is concerned exclusively with the administration of violence does not assist us to prepare for other dilemmas which might impinge on civil peace, such as a global pandemic or a potentially catastrophic geomagnetic storm, which could will occur at a scale which would render most electrified technologies inoperable.

“Who is the attacker in that latter instance, the sun, nature, or perhaps God Himself?”

He said there are dozens of current security threats, such as “increased disaster and climate risks, biodiversity loss and ecosystem collapse,” supply chain vulnerabilities, cyber threats, “uncontrolled mass migration, including as a result of civil conflict and or climate change”, all of which do not fit the typical national security model or protocols.

“This is an apocalyptic list to be sure. Indeed, in relation to ways in which humanity might become extinct you will find arguable cases for the following scenarios, amongst others: a deliberately released, humanity-killing synthetic virus; super volcanic eruptions which block the Sun; the Terminator AI threat; a nuclear apocalypse; and, yes, the killer asteroid,” he said.

“Complacency is certainly not warranted in the face of this register, please don’t get me wrong, but nor is existentially pessimistic fatalism. An exaggerated sense of danger is positively harmful, as is the over application of threats. Over-arming the state is as great a danger as under-powering it.”

Security has to be “designed into societal structures, institutions and systems”, he argued, saying “security is more than the question of protection or of survival. It’s a question of how we should band together, and pool our capacities for living”.

He proposed an “extended state” model, in which security is deeply enmeshed in both the public and private sectors, with “government leading and guiding through a networked partnership with the rest of society”.

“Security is a shared responsibility, which should be designed into our plural institutions and processes, in order to ensure the resilience of the prosperity and unity of the nation, and its character as a free and open democratic polity,” he said.