Pay back lands after three-hour tedium 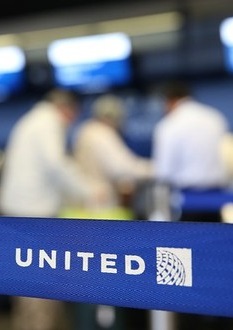 United Airlines has been ordered to pay more than US$1 million in fines after leaving passengers on the tarmac for over four hours.

The fee will be paid after stormy weather forced 13 planes to stay grounded in Chicago, July 2012.

United Airlines left passengers sitting on the runway for much more than the legal limit of three hours.

“It is unacceptable for passengers to be stranded in planes on the tarmac for hours on end,” US Transportation Secretary Anthony Foxx said in a statement on Friday.

“We will continue to require airlines to adopt workable plans to protect passengers from lengthy tarmac delays and carry out these plans when necessary.”

The rules were broken by more than an hour in some instances, with extra fines for failing to contact airport workers or other airlines for assistance.

United Airlines is “committed to complying with the tarmac regulations and we continue to improve or procedures while maintaining the safety of our customers and co-workers,” a statement said.