Past poisons big builder's figures, with possible billions to pay 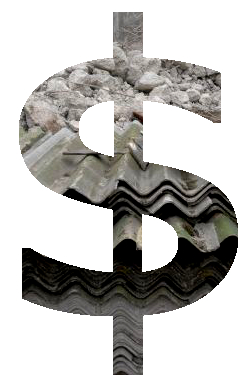 Building products giant James Hardie may have doubled its revenue this year, but the company’s toxic past keeps knocking numbers down.

James Hardies is based in Ireland but listed on the Australian Securities Exchange, and specialises in fibre cement, insulation and other building materials.

This means that back when it was legal, James Hardie’s subsidiary companies were enthusiastically rolling-out asbestos insulation in buildings worldwide.

In their latest financial figures, the company has revealed the full cost of the ongoing repayments to people affected by the cancer-causing compound.

James Hardie has a special fund for asbestos compensation, and its latest full-year results show it paid out $131 million in the year to March 31.

The company stopped making deadly asbestos products in the 1980s, but agreed in 2007 to pay 35 per cent of its operating cash into the external fund.

The pay-out figure was higher than the $113 million dispersed the year before. The company says its fund now has $65.5 million in cash and investments and will be topped-up with an $122 million injection on July 1.

External estimates from finance group KPMG suggest Hardie has about $1.87 billion left to pay in compensation, but recent increases in prevalence and claims could send that figure well over $2 billion.

The plan to boost the asbestos coffer is a sharp turnaround from recent years, when the federal and NSW governments loaned cash to the fund to fill a void left by the company’s poor financial performance.

James Hardie reports it has more than doubled its full-year profit, now up to $107.4 million as a result of improving housing markets in Australia and overseas.

The company unveiled a special dividend and share buyback plan, which pleased investors and subsequently sent the stock up 5.7 per cent to $14.47.

“The Australian market is a bit unclear right now but it’s still going to be a good market even if it tapers off a bit,” he said.