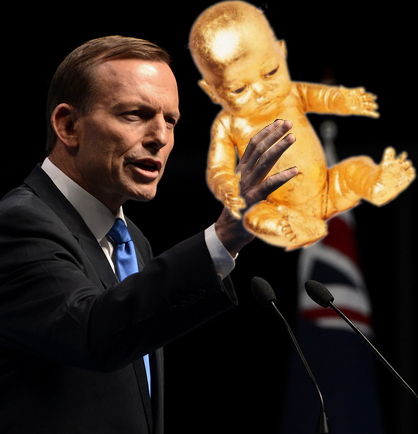 Legislation has been put before the House of Representatives which is intended to make it easier for business to work within the paid parental leave scheme.

Centrelink will reportedly send payments directly to new parents, rather than make employers process them first.

“It is unnecessarily complex, and forces small businesses to bear the costs of the extra workload and of restructuring their payroll and accounting systems.

“We have listened to employers who told us the administrative burden of the current Paid Parental Leave scheme was too onerous.

It has been seen by some as the first step towards what has been called Tony Abbott’s “gold-plated” parental leave scheme.

Before the recent election Prime Minister Abbott said his government’s scheme would be based on the salary of the person applying for leave – possibly up to $75,000.

“We will deliver a genuine Paid Parental Leave scheme to give mothers six months leave based on their actual wage, rather than being limited to 18 weeks of payment at the national minimum wage,” Mr Andrews said

“This will give new mothers a better choice if they want to combine work with family and continue their career.”

Employers will still be able to provide parental leave pay to their employees, should both parties agree to the arrangement.