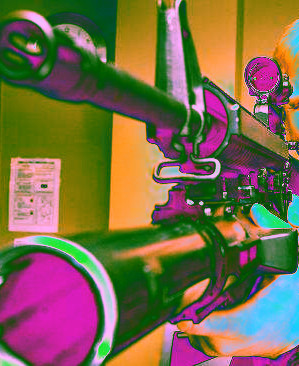 The Federal Government wants Australia to become one of the world’s largest arms exporters.

The Government has this week announced a new loan scheme for defence companies looking to expand sales of their products overseas.

Australian defence exports currently bring in about $2 billion a year — but Defence Industry Minister Christopher Pyne says there is much more money to make.

Mr Pyne says Australia will focus on boosting exports to allies like New Zealand, Canada, the United States and the United Kingdom.

He insisted that export controls on arms will not be diluted.

But a large portion of the $1.5 trillion global arms market is funded by countries in the Middle East and Asia.

The plans announced this week will see the Government establish a $3.8 billion loan scheme to finance defence companies seeking to sell weapons and equipment internationally.

The money will expand the range of loans offered by the government export credit agency EFIC.

The Coalition will also set up a new Australian defence export office and the new role of Australian Defence Export Advocate to coordinate the push.

Mr Pyne says the new program will help make up for the risk averse attitudes that banks have in regard to the arms trade.

Aid groups such as the Australian Council for International Development have accused the Government of undermining its own claim to be a champion of international peace and stability.