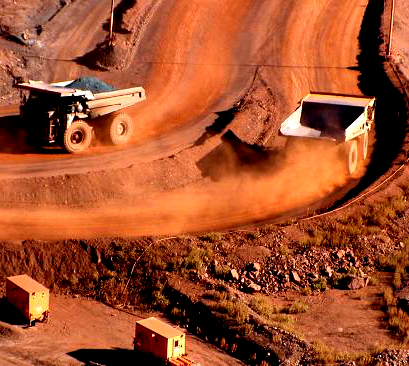 A native title agreement has been signed to allow deepwater port to go-ahead in WA.

The State Government signed the deal with traditional owners of lands in the Pilbara region, the Ngarluma Aboriginal Corporation.

The deal covers over 4,000 hectares sectioned-off for the Anketell Port and associated industrial area.

The multi-user port development will handle about 100 million tonnes of iron ore per year when its first stage is complete, but that figure will hit around 350 million tonnes at the end of the build.

Ngarluma Aboriginal Corporation chief executive Paul Stenson has told the ABC he is happy with the agreement, which has conditions to protect local culture and heritage while providing employment and other opportunities.

‘It's been a fiercely fought negotiation over four years, but we came to what we believe to be a very good agreement,” he said on Thursday.

“There will also be ongoing benefits as the port emerges, with education, training, employment opportunities, and joint venture opportunities as well, which will be really important for developing Ngarluma people and indeed for the broader community.

‘The Anketell Port precinct will actually be just to the east of Dixon Island and that's a very good thing, so the state were very kind in making those arrangement to shift the port a little bit to the east for us.

“It will help us roll out things like housing for our elders, more social housing for Ngarluma people in general.

“We're about to commence building a community centre in Roebourne, which is the heart of Ngarluma country; much of it will go into trusts and some of it may be invested,” Mr Stenson said.

WA Premier Colin Barnett said the agreement would create a tide of investment to kick the project into life.

“All our ducks are in line and we are definitely looking now to expand the economy. Anketell is a real game changer for the area,” he said.

“We have land available, we have infrastructure the local shire has put in to make the place more liveable and more attractive for young families.”

“I certainly would expect that Anketell would be developed this decade.

“Even if everyone said, well let's go ahead right now, there would still be probably 18 months of design work to be undertaken, but a project like this would be built probably within a three-year period,” he said.

Local businesses reportedly believe the port will bring in smaller miners to set up projects in the Pilbara.

The proposed port, the third for the region, will ease pressure on the two public ports in the region, which are running up against their maximum capacity.

Mining giants BHP and Rio Tinto have private port facilities in the Pilbara, the region responsible for much of Australia’s iron ore export.