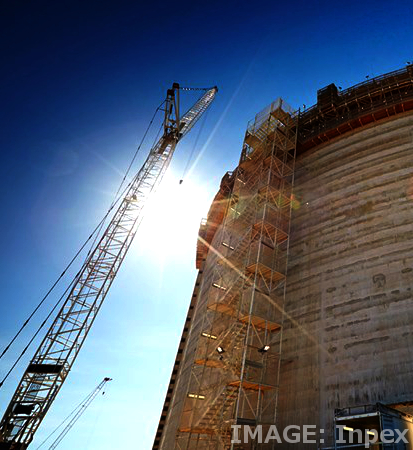 Industry consultancy, EnergyQuest, says Australia has broken the 50 million tonnes (Mt) barrier for the first time in the 2017 financial year, with 51.4Mt of LNG leaving our shores.

The company expects that will continue to rise, forecasting growth in exports to 63Mt by June 30 next year.

Their analysis is close to the Chief Economist’s estimate of 63.8Mt.

The 2017 figures are 37 per cent higher than the previous year’s exports, and the analysts say it will grow by another 22.6 per cent next year.

“The exceptions were Darwin LNG (down 0.9Mt) and Queensland Curtis LNG (down 0.7Mt) compared to their previous 12 months performance.

EnergyQuest says that with Gorgon shipments getting underway, national LNG export output can only rise further.

WA’s Wheatstone plant should start production next month, with Darwin’s Ichthys project is due to commence production in 2018.

Australia holds its spot as the largest LNG supplier to Japan and China, and the second-largest to Korea after Qatar.