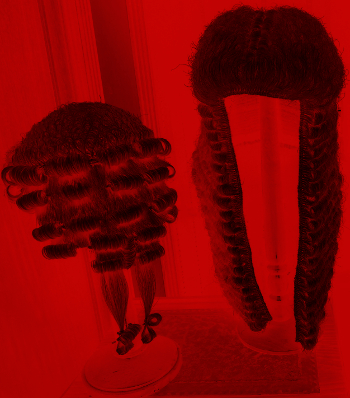 A Queensland Court of Appeal judge has attacked the new Chief Justice in an email to former classmates.

Justice Muir has now taken his criticism further in an email to old classmates at Nudgee College in Brisbane.

Reports suggest the email was prompted by the school's decision to invite Chief Justice Carmody to speak at a business breakfast next month.

“The organisers... seem to be operating on the principle that all publicity is good publicity,” Justice Muir wrote.

Muir said he had “no doubt [Carmody] is perfectly affable”, and that his harsh words were not aimed at “Carmody the man”.

It seems Muir simply considers Carmody inadequate for the job.

“A sporting analogy that occurred to me is the selection of an average player in the worst performing rugby union club team to captain the Wallabies,” he wrote.

“But the analogy is far from adequate. That person would be able to play for both halves and would have a reasonable understanding of the rules of the game.

“He is now heading a court which deals at first instance and on appeal with the largest and most complex civil litigation in the state.

“That litigation, which Carmody is profoundly ill-equipped to handle, makes up at least half the work of the Supreme Court which he leads.”

It comes a few weeks after a similar damning criticism from the former president of the Queensland Bar Association, who resigned over the matter.

Former president Peter Davis QC also said he did not wish to comment on Judge Carmody himself, but said his faith in the selection process has been obliterated by the appointment.

“There was little, if any, support for the appointment within the legal profession and little, or none, within the ranks of sitting Supreme Court judges,” Mr Davis wrote in a letter to colleagues.

“Senior figures warned against the appointment and some have spoken out against it since its announcement.”

“I've got no doubt he'll build those bridges, he'll be a fantastic Chief Justice,” Bleijie told the ABC in June.