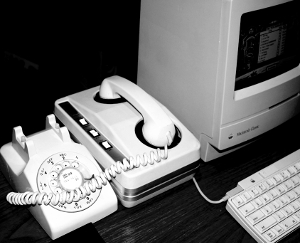 The Australian Industry Group says the country is falling behind its neighbours and peers, heading for a future of sub-standard ICT and lagging in its embrace of better technologies.

Australia sits at 18th place in a rank of global competitiveness in information and communications technologies, in the latest World Economic Forum's Global Information Technology Report.

Australian Industry Group chief economist Julie Toth says Australia has fallen from technological grace, dropping from its ninth-place ranking in 2004 down to its disappointing level today.

The analysts say it is further evidence of the need for projects such as an effective National Broadband Network capable of dealing with the digital education and business options of the future.

“Our infrastructure is still lagging behind and that indicates that we do still need something like a National Broadband Network,” Toth says.

“And we're still lagging behind on skills and I think that reflects the relatively low scores that Australia tends to get in the STEM skills area, which is science, technology, engineering and mathematics.”

She says Australian businesses have yet to fully embrace new communicative options.

“The business usage index, we're still only ranked 24th on that one and 49th on affordability,” Toth said.

“Even though we've improved on that measure, affordability and access are still issues that the regulatory environment could help with.”

Meanwhile, Communications Minister Malcolm Turnbull continues to tout the line that Australia’s internet infrastructure is, for the most part, fine and future-proof.

In a post on his personal website, Mr Turnbull points to recent moves in the US as evidence that “fibre to the node technology” and a “multi-technology mix” are examples of useful modern approaches.

He has been thoroughly lambasted in the site’s comment section.