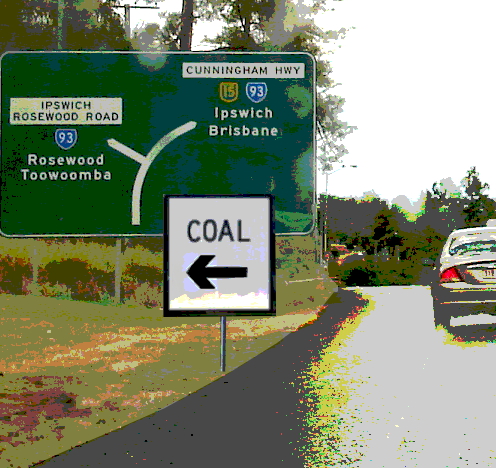 The decision adds Ipswich to the growing list of local governments to act on community concerns and stand against the fossil fuel industry.

Ipswich used to be known as Queensland's coal city, but it only has one active mine left, though there are at least seven coal exploration permits in the area.

“There is no long-term future for coal mining or coal seam gas extraction in Ipswich after council acknowledged that they are largely incompatible with environmental outcomes, urban growth and the future liveability for its residents,” a statement from the Council says.

Planning and Development Committee chairman Cr Paul Tully said the council does not support the granting of new tenures or approvals that would allow new coal mines to open or existing coal mines to expand.

“Coal mining produces significant environmental impacts and is not compatible with urban growth.”

Cr Tully said the strong stance recognised the big contribution coal mining made to the city and its economy in previous generations.

“The presence of coal mining greatly influenced early settlement attracting migrants who worked in the mines and formed the early communities of Ipswich,” he said.

“This is reflected in built and cultural heritage places which will continue to be recorded and commemorated.

“Ipswich City Council will help facilitate the transition of those still involved in mining and supports the rehabilitation of mined land to a standard that is suitable for reuse as urban or rural purposes.

“In relation to any future for coal seam gas the policy identifies the largely untested nature of coal seam gas extraction and impacts on the environment.”

The Queensland Resources Council (QRC) has played down the council's move, saying Ipswich just wants to change its image.

Queensland Mines Minister Dr Anthony Lynham says the state government will try to accommodate both the council and coal industry.

“The Government is aware of and understands the Ipswich City Council's interest in the coexistence of mining and Ipswich residents as the city has expanded,” he said in a statement.

“Departmental offices have met with council and undertaken to consult them before any coal permits are renewed in the Ipswich City area.

“It is unlikely that any new land would be released for coal exploration in the Ipswich City area.”