Hockey says he won't sell the farm for now 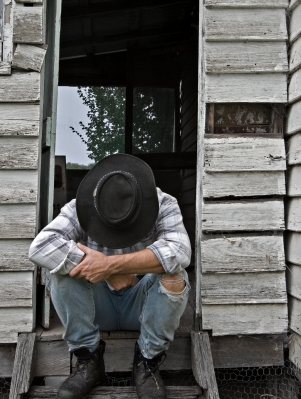 Federal Treasurer Joe hockey has announced he will prohibit the foreign acquisition of 100 per cent of major Australian agricultural company GrainCorp.

Mr Hockey says he has responded to grower concerns over the sale to US farming giant Archer Daniels Midland (ADM), and satiated public fears over the foreign investment system.

ADM currently owns just under 20 per cent of GrainCorp, but will now be allowed to buy-up and increase its slice to 24.9 per cent.

ADM had made an extra offer of $250 million to improve its infrastructure in Australia, sweetening the potential $3.4 billion deal.

Mr Hockey maintains the nation is still “open for business”, saying this is the only foreign investment bid that has been rejected under his short reign, adding that “now is not the right time to have all the major players foreign-owned.”

International takeovers of Australian grain handlers have eaten up a number of local groups in recent years. GrainCorp would have been the third, doubling foreign ownership in the industry to about 70 per cent.

“We are disappointed by this decision. We are confident that our acquisition of GrainCorp would have created value for shareholders of ADM and GrainCorp, as well as grain growers and the Australian economy,” said ADM Chairman and CEO Patricia Woertz.

“Throughout this process, we worked constructively to create an arrangement that would be in Australia’s best interests and made substantial commitments to address issues that were important to stakeholders.”

GrainCorp chief executive Alison Watkins has spoken up to the growers who oppose the sale.