German move may not be easy 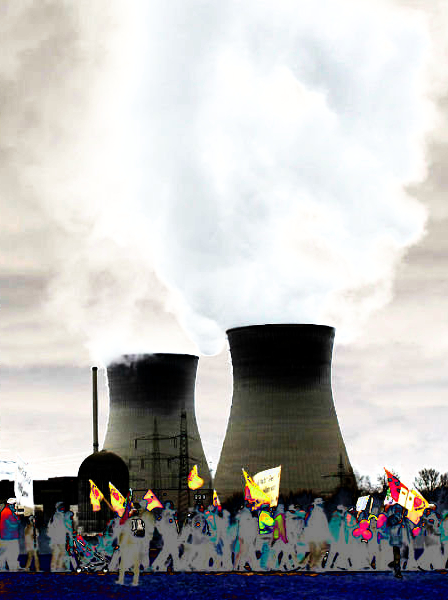 A new report says Germany’s attempt to switch its electricity supply from nuclear to wind and solar will not be simple.

Germany has decided to go nuclear-free by 2022.

While a CO2-emission-free electricity supply system based on wind and solar could replace nuclear power, experts say the weather may not be in the country’s favour.

In a new study published this week, Fritz Wagner from the Max Planck Institute for Plasma Physics in Germany analysed weather conditions using 2010, 2012, 2013 and 2015 data derived from the electricity supply system itself, instead of relying on meteorological data.

By scaling existing data up to a 100 per cent supply from renewable energy sources, the author found that an average 325 GW wind and PV power would be required.

But Wagner says intermittent sources are, by definition, unsteady. Therefore, a back-up system capable of providing power at a level of 89 per cent of peak load would be needed.

A day storage to handle surplus would be ineffective because of the day-night correlation of surplus power in the winter, Wagner says.

A seasonal storage system loses its character when transformation losses are considered, as it only contributes to the power supply after periods with excessive surplus production.

The option of an oversized, intermittent renewable-energy-sources system to feed the storage is also ineffective, because in this case, energy can be taken directly from the large intermittent supply, making storage superfluous.

In addition, the impact on land use and the transformation of landscape by an unprecedented density of wind convertors and transmission lines needs to be taken into consideration.

He also warns of the risk that it will intensify social resistance.