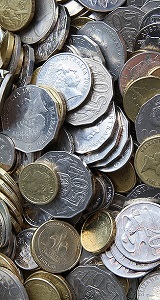 A new study has found Australian women retire with less than half the amount of superannuation than men.

‘Not So Super, For Women’, by think-tank Per Capita, says a woman’s median superannuation total by retirement is about $80,000 - 47 per cent of the average for a man the same age.

“The man went to work 40-plus hours a week. It was assumed that women would have a man at home that would do the earning.”

He said women were disadvantaged as they are increasingly employed in low-paid, part-time positions.

The papers include some policy changes to help, including tracking super balances and offering ‘accumulation pathways’ to those falling behind.

“A top-up from government for people whose balances have fallen too far below the pathway towards a decent retirement income is another, so that government will be putting in another 2.5 per cent for them,” Mr Hetherington said.

Data for the study came from a poll of 4,000 Australian Services Union members, and the Australian Bureau of Statistics Household, Income and Labour Dynamics survey.