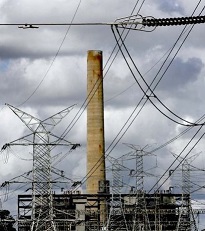 Australian energy market reformers say the regulator has missed a great opportunity to do something useful.

The proposal by the Total Environment Centre, the City of Sydney and the Property Council of Australia would have created a credit system that values energy generated closer to where it is consumed.

The credit scheme would have based its values on the long run marginal cost (LRMC) of future infrastructure investment, taking the system currently being used to set network consumption tariffs and applying it to generation.

Given that network charges currently account for about half of Australia’s average retail bill, the proponents say their plan would have increased the financial viability of selling energy locally.

“It would have been of great benefit to local councils, community energy groups and precinct scale co- and tri-generation facilities wanting to put local solar, wind and bioenergy into the grid to replace dirty coal and gas,” Mr Byrne wrote in an article for RenewEconomy.

“TEC is critical of the economic justification used by the AEMC to justify inaction,” Mr Byrne wrote.

“We had modelling done by the ISF at UTS that showed that more than half of the new investment in network infrastructure that would have been needed by 2050 would have been avoided with local network credits.

“We also had work done by energy economists Oakley Greenwood that found that solar plus storage especially could be useful to networks in reducing peak demand, and that this value should be reflected in a credit to the local generator.

“We never thought our proposal was the last word, and looked forward to discussing how to improve it – for instance, around only applying it to future investment over a certain threshold, and perhaps only in constrained parts of the grid.

“Instead, the AEMC plans to introduce its own ‘more preferable rule’ which consists of little more than tweaking existing requirements around network support payments to standardise information about their availability.”

The full article is accessible here.