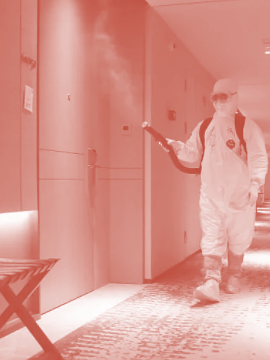 Nearly 30,000 invoices have been issued - worth a collective $87.7 million - since travellers began paying for their own hotel quarantine in Queensland last July.

The Queensland Government over $52 million of this figure is still outstanding, with18 per cent of those bills overdue for payment and 9.7 per cent were significantly overdue.

“Queenslanders rightly expect travellers will pay for their hotel quarantine stays and not leave taxpayers to foot the bill,” a Queensland Health spokesperson said this week.

“Until recently, we have chosen not to use debt recovery options but, given the financial burden on taxpayers, this has now become necessary.

Travellers have 30 days to pay after their invoice is issued.

The Government is also considering a new bill that would force people to pay their quarantine fees before they arrive in Queensland, and allow a third party such as an employer to accept liability for a hotel quarantine bill.

The changes are aimed at seasonal farm workers and those who support service-related industries such as tourism and education.

“Persons will still be able to apply for a fee waiver where, for example, they are a vulnerable person or are experiencing financial hardship.”