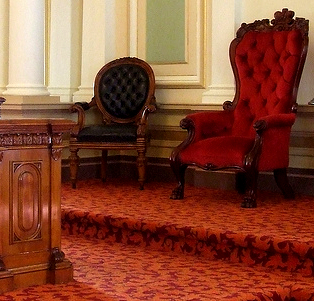 NT’s Palmerston Council has been dismissed over poor governance and a bungled $13.4 million carpark project.

Among its failures, the council signed a contract to develop a multistorey carpark without having the funds to pay for it.

The project went ahead without ministerial approval to borrow money, proper planning, risk assessment or community consultation, with documents including no “subject to finance” clause.

“Unfortunately that [multistorey carpark] got out of control,” Mr McCarthy said.

“There was considerable time gaps, there was not proper processes followed, and essentially, council signed up to a contract without that critical subject to finance clause which left the future councils and the constituents of the City of Palmerston extremely vulnerable.”

The report notes that “the investigation has found that a number of events have impacts on the council's ability to provide good governance and meet community expectations”.

“These events have resulted in matters significantly threatening the council's financial position; they have had negative effects on council staff; and have damaged the reputation of the council.”

Investigator Russell Anderson found the aldermen and CEOs did not “comprehensively read” and review the carpark contract, despite being emailed copies of it on three separate occasions.

The council asked for a $14.5 million loan from the NT Government for a project forecast to cost $13.38 million, “with no explanation as to the difference in figures”.

The lack of a “subject to finance” clause meant the project was not conditional on the council's ability to pay for it.

“It is difficult to assess whether the council would be able to pay a proposed $13.38 million loan for 10 years without utilising income from sources other than parking revenue and compromising the council's financial viability position,” Mr Anderson said.

The council had a cash reserve balance of $16 million, but $6 million of that was “quarantined for particular purposes”, Mr Anderson wrote.

“At the time the council made the decision to invest in a multistorey carpark, without ministerial approval to borrow, it potentially placed the council in a financially unsustainable position that left little to no free funds for the new incoming council to pursue its own agenda.”

Mr Anderson said the council’s dealings caused a loss of confidence in the council.

“The public’s knowledge of this failure has given rise to concerns by the community reflected in the media that the council will be increasing rates to pay for the multistorey carpark,” the report read.

There was also a lack of community consultation, Mr Anderson found.

The investigator also said there had been a “breakdown in relationships in the extent there is personal conflict and lack of respect between some aldermen”.

“This is reflected in a lack of trust and behaviour that is confronting, at times disrespectful and overly aggressive,” the report stated.

This allowed poor relationships to flourish, marked by a mutual lack of trust, in which “individual aldermen demeaned and belittled for their views”.

"Trust in government is pivotal and is the foundation for strengthening the communities we live in,” Mr McCarthy said in a statement.

Elections for a new council will be held in mid-March.

“The residents of Palmerston will now have the opportunity to elect a council that they can have confidence in, one that will work together and to a professional standard to achieve the best results for their community,” Minister McCarthy said.