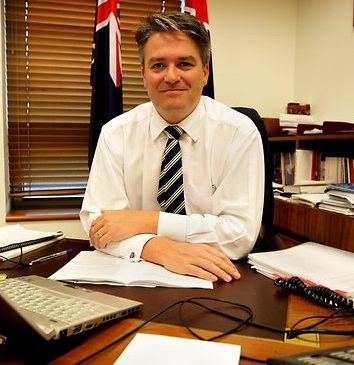 Mathias Cormann is being nominated for the position of secretary-general of the Organisation for Economic Cooperation and Development (OECD).

Senator Cormann has been Australia’s Finance Minister for the past seven years, but is set to retire this year.

The OECD works to create policies to promote global economic growth, as well as addressing social and environmental challenges.

“We believe the OECD needs the sort of leadership that we think Australia and an Australian can provide. And so I am announcing our intention to nominate Mathias Cormann, for the position of secretary-general of the OECD,” Mr Morrison said.

“Mathias's seven-year experience as our longest-serving Finance Minister, Belgium-born, French-German and Flemish to boot, I think ideally equips him for the challenging role.”

Senator Cormann says he is honoured to be nominated to helm one of the world’s most “consequential” governing bodies.

“The importance of practical cooperation has never been greater whether when dealing with a pandemic, the challenge of climate change, education and skills' needs, the promising challenges of the digital economy and narrowing differences on taxation policy,” he said.

“These are big challenges and I have accepted this nomination because I believe I can make a real difference.”