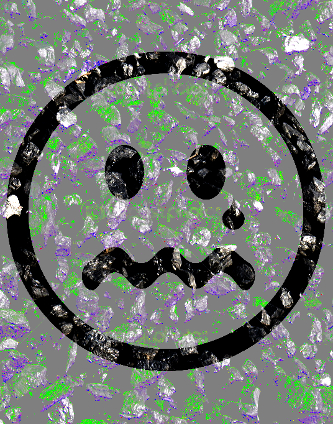 Just days after the Federal Government’s approval of a massive new coal mine, it looks like rough times ahead for the classic source of fuel.

Meanwhile, a new report shows widespread pessimism about the future of mining in Australia among industry figures.

And a strike in WA will soon threaten the state’s reserves.

The Victorian Energy Brix project - which provides coal power and produce briquettes for export – will close next month, as its operators HRL Limited blame falling electricity wholesale prices and a reduction in demand for its brown coal briquettes.

The closure will lead to the loss of 70 direct jobs, but Environment Victoria chief executive Mark Wakeham says it may just be the start.

The announcement comes at the same time as the release of the Newport Consulting Mining Business Outlook Report, which has shown a fairly gloomy outlook is held by the chiefs of big mining firms.

The report says over 90 per cent of the 60 mining company bosses interviewed saw few positives coming in the next 12 months.

David Hand, the managing director Newport Consulting, has told the ABC that confidence could take years to recover.

“There's tough market conditions like low commodity prices and falling demand and the biggest challenge is productivity,” he said.

“There'll be drastic changes to the industry, especially thermal coal where we'll see more mine closures.”

“We've got timid politicians who want to head off activists, NIMBYs, environmentalists across the country who, when you start talking about opening up a mine, get a lot of media coverage saying ‘this is bad, this is evil, this is terrible’.

“Politicians have worked out there's no votes in opening a mine in 2014, so what they then do is placate their voters and the people they're concerned about, by saying; ‘We will make sure that the performance of this mine in terms of environment and safety and community involvement is as high as possible’,” Mr Hand said.

“They turn around at the miners and say; ‘Here's another 60 reports you've got to produce for us next week’, so the miners find they're investing in whole buildings full of people to produce reports for politicians.

“And that's when the miners look at it and say; ‘Well, if we were doing this mine in Brazil, it wouldn't cost us all this’.”

And finally, a nine-day stop-work at a West Australia’s Griffin Coal Mine nearly left one of the state’s three power stations without any coal.

More than 200 Griffin workers ceased production on July 17 over a dispute between the mine’s parent company and the company in charge of its workforce.

They received full pay while on strike, and returned to work on July 27.

The CFMEU claims workforce contractor Carna Civil and Mining suspended work because Lanco Infratech had not paid the contractor in May, and Griffin Coal has confirmed “contractual issues” were behind the stoppage.

A consultant to the Griffin mine has told the media that the strike deprived the Bluewaters Power Station of coal, and put its ability to provide a high proportion of the state’s power at risk. It is understood that the power station was just a day or two from running dry.

The same expert said he was optimistic that everything would be back to normal at the mine and power station soon.

But there may be more options emerging during the decline of coal, as a new report from the left-leaning Australia Institute shows Australia’s solar industry employs a “far larger” amount of people than fossil-fuelled power stations.