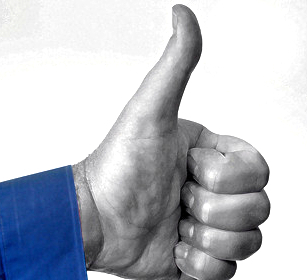 A review of thousands of Facebook posts has found that headlines really do 'bait' users into interacting with the post, though some tricks work better than others.

Clickbait in journalism is controversial: it can increase attention to articles, but some studies suggest it reduces trust in a source. The authors of the study wanted to understand how specific features of clickbait in headlines and texts for news posts on Facebook influence user engagement, as measured by shares, comments and reactions.

The study suggests both headlines and the text used in the posts can ‘bait’ users into interacting with a post, though some techniques are more successful than others.

Doubling the number of headline words appears to lead to 23.7 per cent fewer comments, but with no difference in reactions or shares. The opposite was observed for the post text where all engagement increased with a doubling of the word count.

Additionally, the study found that common clickbait phrases in headlines - like “This will blow your mind” - were associated with a loss of around a quarter of reactions, shares and comments in comparison to those without such phrases.

In the sentiment analysis, the team found that negative wording in posts can increase comments, but for headlines, positive tone increases comments.