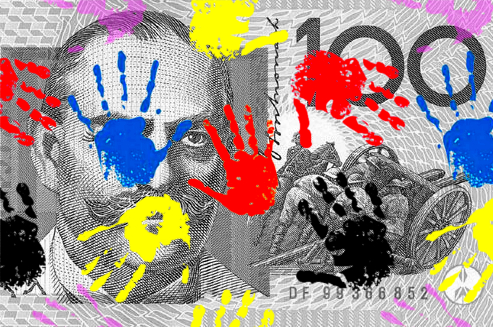 A long-awaited major review of Australian childcare has called for a single means-tested payment and federal funding for nannies.

The 1000-page Productivity Commission's report on childcare and early childhood is set to inform the Coalition’s new childcare policy.

It includes a range of ways to use extra money - saved by scrapping Tony Abbott’s signature “gold-plated” paid parental leave scheme - to help the poor and middle class.

The Commission found the current system to be needlessly complex, and suggests replacing the multi-tiered benefits with a single, means-tested subsidy.

The payment would cover up to 100 hours of care per fortnight for children 13 years and under, if their parents work or study at least 24 hours a fortnight.

There would be an exemption on the work hours requirement for families on income support, where the primary carer is a grandparent, or if a child is deemed to be at risk of neglect or abuse.

The commission also recommended that families should be able to use federal funding to pay for nannies. It said that there would have to be an expansion of the approval and qualifications for nannies.

“If everyone goes off and becomes a nanny, there will be no one working in childcare centres,” he said.

“I think the recommendation reflects an observation that there needs to be a greater array of services offering to deal with a much more diverse range of needs,” he said.

The final report does go into detail on ways to streamline childcare quality regulation, including teacher qualifications and staff to children ratios.

The commission suggests speeding up the assessment process for rating childcare centres.

It also calls for anyone working with children under three to hold or be working toward a Certificate III in early childhood education, with the supervision of someone who has the qualification.

The Commission estimates that if the government takes on its suggestions, about 16,400 more mothers would start work.