Board bid harpooned, point still made 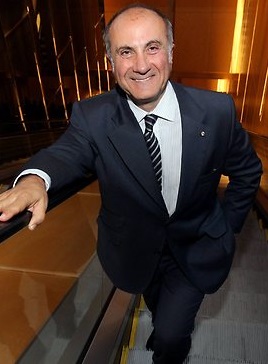 A former industry executive has made the remarkable call for energy giant BHP to move toward environmentally sustainable technology and processes, while also trying to get a job on BHP’s executive board.

After 40 years with Shell and a stint as the head of the Australian Institute of Company Directors, Ian Dunlop has turned his focus to bringing about concrete action against climate change.

Mr Dunlop recently put his name down for a seat on the BHP board at the company's annual general meeting in Perth, saying he would look to mend the ways of the large-scale polluter.

“They're reducing their own emissions which is good. They're looking at ways of improving energy efficiency. They're trying to carry this right way through the company. But it needs to be raised to the point where people are saying well look, should we even be in this business,” Mr Dunlop said in a radio interview.

“It concerns me ... that BHP in just recent days have supported for example the repeal of the carbon, so-called carbon tax. I mean it's all very well to say well we don't want this but you then have to say well, what do you want?” he asked.

“The sort of strategic understanding and perspectives on this issue on the current board are not adequate to handle this problem.”

Reports say Mr Dunlop’s attempt to make the BHP board have failed, after he gained less than 5 per cent of the votes in two separate tallies.

His run may have been doomed from the start, after BHP chairman Jac Nasser urged all stakeholders to vote against the nomination, saying:

“I can assure you that the company and the board consider climate change to be one of the most important strategic issues, and this has been the case for some time, he said in a speech to shareholders.

“Our diversified commodity portfolio strategy was shaped to reduce volatility and mitigate macro risks, such as climate change.

“Consequently, the board has considered Mr Dunlop's nomination ... and recommends you vote against his election.”