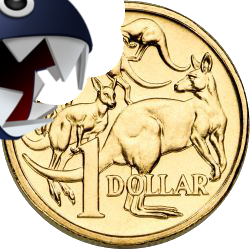 The Federal Government has been criticised for plans to cut taxes for the wealthy while slashing welfare payments.

That means a tax cut of $6 a week for the three million Australians earning more than $87,000 a year.

ACOSS says the government is seeking to cut payments to Australia’s poorest households at the same time.

“The [tax relief plan] is being considered at the same time as legislation – mostly carried over from the 2014 budget – to cut $7 billion over the next four years from social security payments, mainly affecting people at risk of poverty,” ACOSS said in its submission to a Senate inquiry on the matter.

“Any income tax cuts should be paid for by closing shelters and loopholes in the personal tax system, as has been done in the past.

“We advocate tightening of the tax treatment of capital gains, negative gearing, superannuation, work-related deductions and private trusts and companies to save approximately $12 billion a year, half of which could be used to finance future personal tax cuts, for example in 2020 when the impact of bracket creep is more significant.”

The Government says it is lifting the marginal tax threshold to protect middle income taxpayers from bracket ‘creep’, but Deloitte Access Economics’ submission to the inquiry says taxpayers with incomes between $30,000 and $37,000 a year are affected most.

Deloitte said the current fiscal environment should lead the government to restrict the benefits of tax relief for those earning between $80,000 and $87,000.